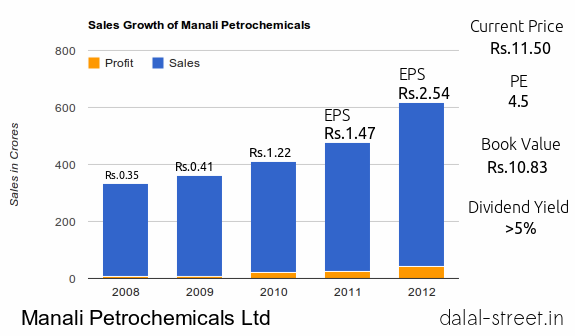 Manali Petrochemicals Ltd. has posted an excellent set of numbers for FY 2012 and looks undervalued based on the improving financial numbers & growth ahead:

*All Financial figures are in crore rupees (except EPS).

Manali Petrochemicals is a leading producer of Propylene Oxide (PO), Propylene Glycols (PG) and Polyols in India. These products find application in industries such as Pharmaceuticals, Polyurethane, Resins etc. Below are some extracts on the growth prospects from the last annual report of the company:

END_OF_DOCUMENT_TOKEN_TO_BE_REPLACED 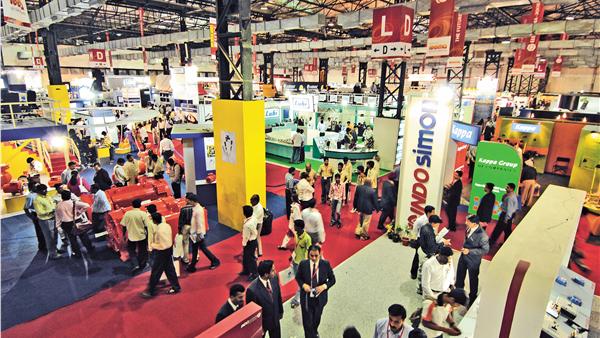 We recommended Nesco recently after going through the wonderful analysis by Prof. Bakshiji. The stock has got good coverage by fellow value investors and business channels. Do go through the detailed post by Rohit along with links to posts by Neeraj & Ninad.

Our viewpoint and thoughts in brief:

The Bombay Exhibition Center covering area of about 4.5 Lac sq. ft., is a sort of monopoly in Mumbai with a lot of bargaining power. The growth in rentals can be observed from the table below:

Today most of the biggest trade events held in Mumbai are held here. Such kind of business is tough to find at reasonable valuations and I think most of us would agree that current valuations are reasonably cheap.

The trigger is: the company has already constructed IT Building – 3 which has a leasable area of close to 8 Lac sq ft. At a conservative rental of Rs.100 / sq ft, the company should be able to get a Net Profit of 70 Cr+ (post tax). This might happen over next 1 year.

Nesco made a Net Profit of about 68 Crores last year so if the profits are to double over next 1-2 years, the stock can also double out without any PE re-rating. Plus going forward, the company plans to build another IT Building and double the leasable at its Bombay Exhibition. Hence being a debt free company with about 180 Crore cash on Balance sheet, it seems to be a very safe pick at these levels. 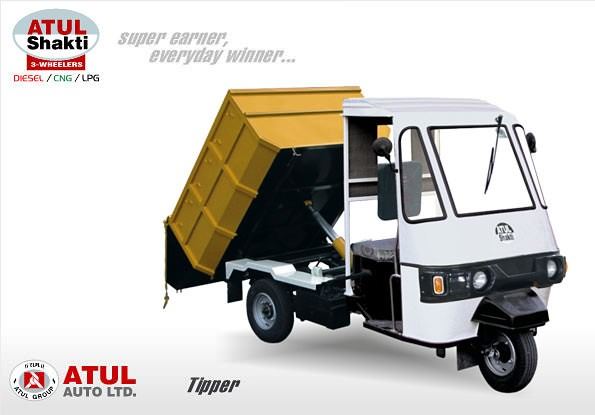 We mentioned Atul Auto Ltd. as one of our Muhurat picks, the conviction has grown with more research and feedback on the company. Atul Auto Ltd. looks very promising company with a strong and stable balance sheet.

Atul Auto is one of the leading 3 wheeler manufacturer and is based in Gujarat. They already have a lead in the state of Gujarat & Rajasthan and are now trying to replicate their success across new territories in India & abroad. The company is trying to enter new states and is appointing new dealers. Company has even entered into agreements to enter Bangladesh & Sri Lanka.

Atul Auto has grown @ 40-50% over the last 2 years and seems geared up to maintain good sales momentum going ahead. Here is a snapshot of financials of last 4 years:

*All Financial figures are in crore rupees (except EPS). END_OF_DOCUMENT_TOKEN_TO_BE_REPLACED

Dad spotted OCCL (Oriental Carbon & Chemical) early – a couple of years back but all this time, I was not sure of sustainability of good profits. Over last 5 years, Net Profit of OCCL has grown @ CAGR of 74%. I used to think that this might be cyclical like other chemical companies but it does not seems so.

Earlier, the company was exposed to huge volatility in prices of its raw material – Sulphur. But now the company is better placed to protect its margins by adopting quarterly pricing.

END_OF_DOCUMENT_TOKEN_TO_BE_REPLACED

Apcotex Ltd was spun-off from the prestigious Asian Paints in 1991. Since then the co is part of the “APCO” group of companies headed by Mr. Atul Choksey (former MD – Asian Paints).

The company is one of the leading producer of polymer products namely Synthetic Latices & Synthetic Rubber. They have one of the broadest ranges of products based on Styrene – Butadiene chemistry. The company has developed the technology through in-house R&D and upgrades the same continuously.

Company has been doing very well for last 5 years and growing at a CAGR of 26% and did a turnover of 200 Cr in FY 11. It seems the management is much more aggressive now and aims to do a 500 Cr turnover by 2013!

Other scoring points are :

1. Promoter Quality – The promoters have more than 3 decades of experience in paints and chemical industry and are experts in the field of chemicals.

2. Good corporate governance – Company seems to have very good internal controls and systems. For last 5 years the company has been following the Japanese TPM method. The company has been regular in financial reporting and progressive dividend pay-outs. They even went for a buy-back during 2009.

END_OF_DOCUMENT_TOKEN_TO_BE_REPLACED

In these volatile times, I’m happy to see some of our companies doing quite well and the stocks getting the due re-ratings. It just re-enforces your faith in the fundamentals and markets.

We had discussed about Smruthi Organics on 4th April, 2011 at price of 135 and had provided an update recently. The company has posted good Q1 numbers and the stock has had an amazing run – the stock had appreciated from Rs 140 to 250 levels all in 15 days! 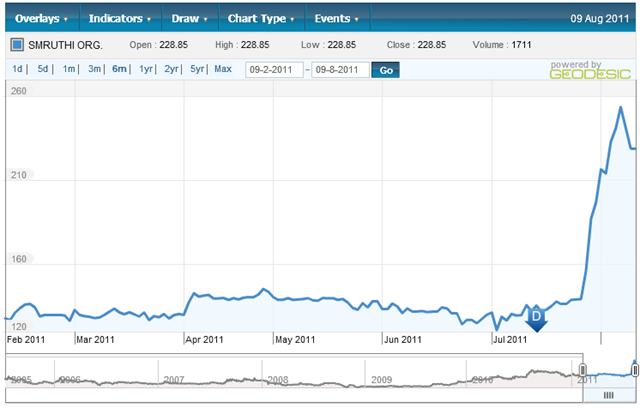 Similar, we had discussed about Avanti Feeds on 13th March, 2011 at Rs 33. The company has posted fantastic Q1 results:

END_OF_DOCUMENT_TOKEN_TO_BE_REPLACED 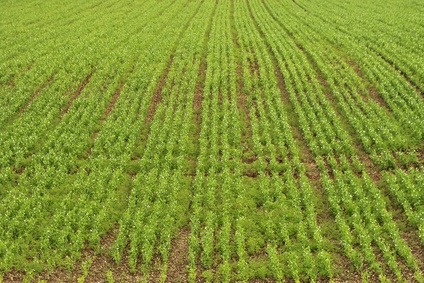 We had discussed about Mangalore Chemicals at our blog about in December, 2010 @ 37. Our interest was due to good results in first half and expectation of better times ahead. After a weak quarter of March (due to annual closedown and higher depreciation on impairment), the company has posted good set of results for June Quarter:

If one looks at the whole fertilizer sector, there is a lot of interest in these stocks as major reforms are expected. Agri related sector is doing well and with upcoming reform, investments should increase and better results should be seen.

We feel that Mangalore Chemical is one of the cheapest stock in the sector and stock at CMP of 32 provides a very favorable risk reward ratio due to strong fundamentals: 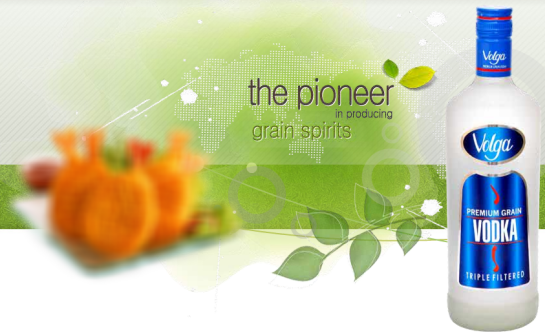 Its results season again and an excellent time to tweak portfolios. For us its exciting times as we get several new ideas to work upon. One such new idea is – IFB Agro listed on both BSE (507438) & NSE and trading at about Rs 105. The co has posted excellent Q1 numbers:

IFB Agro is part of the IFB group and it has two business divisions – IMFL & Agro Marine.

IFB Agro is one of the largest producer of alcohol in Eastern India, having 6 large captive bottling plants situated in Bengal, Orissa and North East. The company has a strong position and had made sale of 5.5 lac cases of IMFL products in 2011. The value of sales of Liquor division in 2011 was 327 Cr vs 241 Cr last year.

In the Agro Marine division, the company is into exporting of Prawns and selling of Feeds business. The agro marine industry was going through a tough time till 2009, but since mid 2010, the situation has improved and the future is bright. IFB has a 48% market share in the shrimp feed business in West Bengal. In FY 2011, the company achieved a turnover of about 122 Cr vs 52.59 Cr. “IFB Royal” is the brand name of the frozen marine product of this company

The liquor business is witnessing a strong demand and hence the company has set up a new bottling plant at Panagarh, West Bengal. Company is awaiting for a couple of approvals to start the operations.

END_OF_DOCUMENT_TOKEN_TO_BE_REPLACED 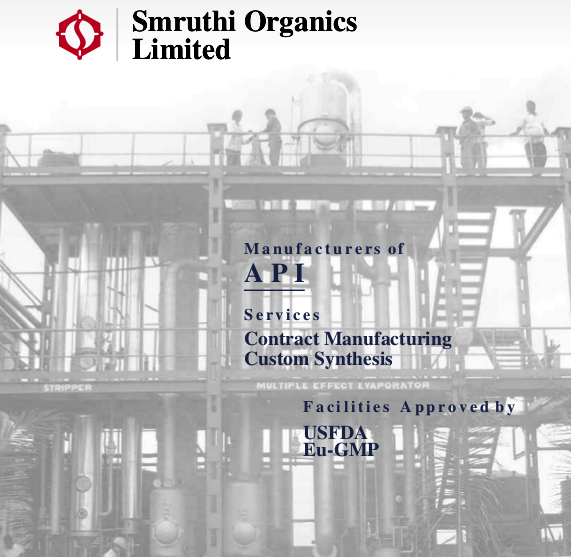 We had discussed about Smruthi Organics Ltd (SOL) earlier and had highlighted about the consistent growth of 25%+ in this company and attractive valuations of just 6 times earnings. SOL has posted very good Q1 numbers and FY 2011 annual report also looks optimistic. The stock still looks attractive at CMP of 155.

END_OF_DOCUMENT_TOKEN_TO_BE_REPLACED 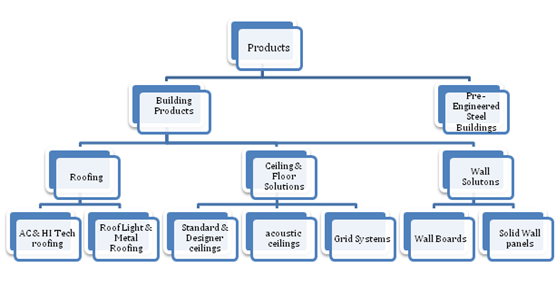 Roofing: Out of the estimated 25 Cr buildings in India, 46% are considered to have pucca roofs and the rest 54% are made of thatch (kuchcha roofing). The company is into Fibre Cement Roofing which is used for pucca roofing and it costs 1/3rd the cost of an RCC ceiling slab. Everest has a good brand and 17% market share in this business.