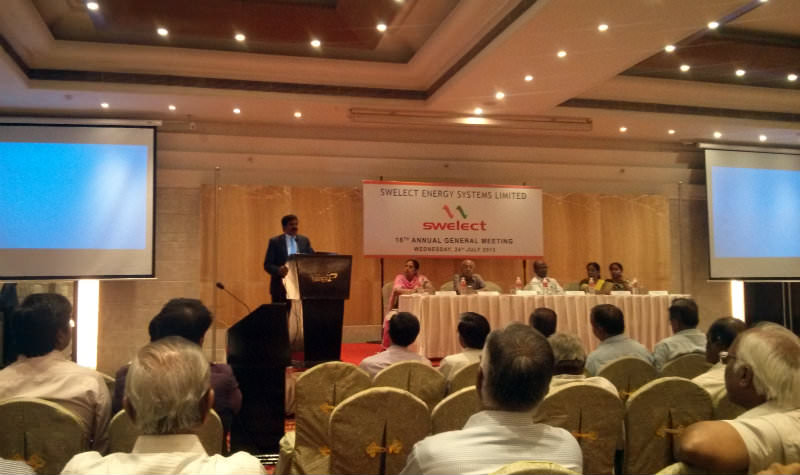 Avanti Feeds: We have discussed the company many times in past and the stock has performed well too. The industry continues to see high growth rates of 30%+ since the adoption of the new shrimp specie – Vannamei. The company is superbly placed in its sector (due to the support of TUF) and ranks among the top. The management seemed quite honest, hard working and conservative. They were one of the first to understand the potential of the Vannamei specie in India and took various steps to get it introduced. The company has grown from a turnover of just 100 Cr in 2009 to 650 Cr in 2013. Avanti seems well placed as the industry is expected to remain on a good growth path for the next few years.

The company has come out with a fantastic Q1 result. Going by the current prospects, the company may do about 950-1000 Cr turnover in 2014 and deliver an EPS of 50+. At current price of 180, the stock continues to look attractive at 5 times earnings.

Here is a good article which highlights the ongoing positives for this sector.

Shilpa Medicare: The company is based out of a small town – Raichur. It was quite amazing to learn about the company’s endeavors in setting up a high quality R&D and getting the right talent at such locations. The company seems to have the right set of values of working hard, doing something different and being risk averse. The company is moving up the value chain and has also entered the formulations space targeted towards oncology segment recently. However, the regulated market approvals such as USFDA and EUGMP may take some time to commence, and thus the few upcoming quarters can be dull.

Swelect Energy: The company earlier known as Numeric Power had done very well in the UPS business and after scaling it up in a span of just 15-20 years, they sold the same for 840 Crores last year. The company is now sitting on 500 Crore of cash on the balance sheet and has entered the solar energy sector. The company sees a big potential for this sector and believes it to be at an inflection point in 2-3 years. As of now to start with, they have focused on rooftop solar installations and have become a big player in the same. Going forward they intend to develop big solar farms of capacity of about 25-30 MW and allot/sell capacity of 3-5 MW to different corporates. They have also invested in solar module manufacturing company, HHV Solar, and believed to be making one of the best quality modules in India. Thus the company targets to be present across the whole value chain of solar energy and get better margins than others. As the business is in initial stage, it may take at least 1-2 years for true picture to emerge.

In the previous post, we had discussed some PSU companies like NMDC. After the post, we got some valuable feedback about these companies’ real problems and we felt that the problems are bigger than we expected. Most of these PSUs are highly inefficient companies (like in NMDC, the actual volume growth has been nominal over the years) and being an election year, they are in a very risky zone. Some unnecessary merger/acquisition/dilution/expansion or deal can take place and the cash surplus in the balance sheets can suddenly disappear. It is better to concentrate on the companies where the owner’s interest and the shareholder’s interest is aligned. We have exited most of the small position we had in these PSU companies.

Ajanta Pharma: The company seems to be consolidating its position and has posted a decent set of numbers once again. Given, its leadership position and rankings in several sub segments, it might be a good buy on sharp declines, if any.

Can Fin Homes: The company has posted an excellent result once again. There is a 50% growth with good management of loan book and low GNPA at just 0.40%. Yet, the stock is trading at attractive valuations of just 0.70 times BV and PE ratio of 4.5. Here is their presentation, which gives good insights about the business.

Poly Medicure: One of our long term favorite, it continues to perform exceedingly well. The wonderful performance has started to show up as the forex losses have ended. The noticeable thing is the consistency and the high margins the company has.

Atul Auto: Though the company has not come out with its Q1 results, they have declared their sales numbers for the month of July, 13. They have done well by delivering a growth of 20% even in this tough environment.

GRP: The company’s Q1 results are much better than Q4, FY13 results wherein the company posted a small loss. Still the Q1 numbers are weak as the company continues to be affected by the pressures of weak demand and surging costs. If one reads the company’s FY13 annual report carefully, one can get a good insight on the quality of the their business and their long term prospects.

Oriental Carbon: On the face, the Q1FY14 result may not look good but in our view, the company has done very well as the profits are down due to the provision for forex loss of about 5 Crores. Being a net export company, this forex provision seems to be on account for the borrowings done in foreign currency. If one removes this provision, the company’s margins have expanded and are at about 30%+. Going forward, once the rubber industry improves, the company should do well. Also this company is a major beneficiary of falling rupee.

MPS: The Q1 numbers look decent. We have received a positive feedback from the friends who visited the AGM. The company continues to provide a very good dividend yield of 9%+.

We continue to look forward to the wonderful discussions and feedback from our readers through comments.

45 thoughts on “Updates from quarterly results and AGMs”