We have been tracking this company for few years and we like the way the company has performed in the last 2-3 years and yet remains ignored and undervalued. We feel it’s a good pharma company to make a part of portfolio.

Smruthi Organics is a small sized pharma company based out of Solapur, engaged in manufacturing of APIs, drug intermediates, specialty chemicals & contract manufacturing.

The company has undergone a major change since about year 2005-06. At that time, the company had started upgrading its manufacturing facilities to make them USFDA, European GMP compliant. It received USFDA approval in 2007. Since 2005 the company has been growing continuously and has grown from a turnover of just 32 Cr to 121 Cr last year. This year they should cross 150 Cr turnover.

Smruthi is a leader in the following APIs and owns the following 4 Drug Master Files (DMF) – Norfloxacin, Metformin HCL, Amlodipine Besilate & Carbidopa. The company is expanding its product portfolio by filling more DMFs in both US & EU.

Having USFDA & European GMP approved facilities is a big advantage and to capitalize the true potential, the company has started focusing on Contract Manufacturing space and works closely with large pharma companies like Merck, Watson, Sandoz etc. The company has 7 products as of now and would be adding new products every year to make Contract Manufacturing a constant earning stream.

Attractive valuations at CMP of about 135: 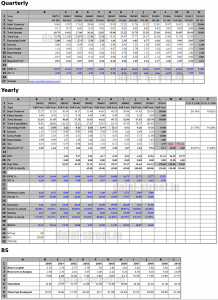