We had mentioned about Sunflag Iron. Since then then the stock price has appreciated by just 10% while the fundamentals and the outlook seems to be getting stronger.

We had mentioned that the company has been acquiring coal blocks since last few years and getting backward integrated. The latest annual report gives a strong confirmation on the same:

Excerpt from the FY 2010 annual report:

If one analyses the Fixed Asset schedule and the investment section, the company has been stepping up the investments for captive coal blocks after the success from the Belgaon coal mine. For eg: The co has invested 10 Cr+ in subsidiary – Khappa Coal Mine which is JV between Sunflag Iron (63.27%) & Dalmia Cement (36.73%).

Future expansions as per the annual report:

Compelling Valuations at CMP of 34:

Promoters have been regularly buying from open market and have increased their stake from about 40% in September 2008 to about 51% as of now. 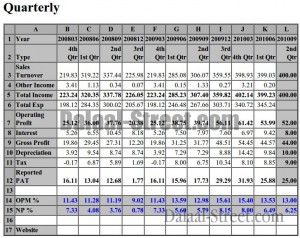 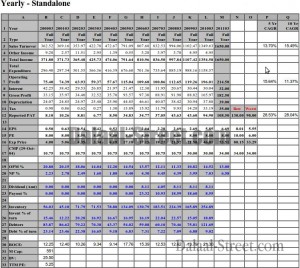