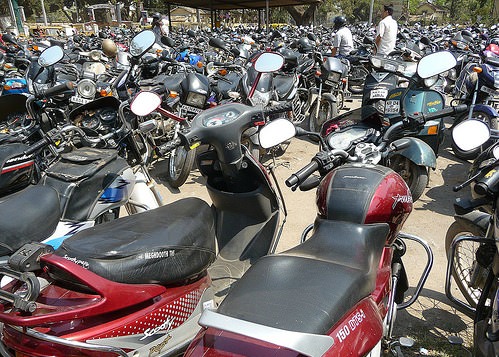 It is usually rare to find a good company in the auto-ancillary business. The reason is that they are capital intensive and usually the margins are low and hence they provide low return on capital. However, there are always some companies which do much better than the indutry. Lumax Auto Tech seems to be one such company. The company has had a an excellent growth in past along with good profitability and strong balance sheet.

The company has a market cap of 200 Crores and is trading at a PE multiple of just 4.4 times. Company has a consistent dividend track record, and is providing a dividend yield of 4%. Price is almost equal to its book value.

However, what excites us even more is the company”s beautiful balance sheet. The company is debt free (and mostly financed form trade payables); the inventory turnover ratio has doubled from 15 to 33 times in 5 years; while the outstanding debtors have been maintained at ~50 days. The growth and return ratios spielautomaten online are also quite good.

As the auto sector is going through a major slowdown, not many people are expecting growth in the company. However, if one looks at the recent Honda announcement, there is a high chance that the company may deliver decent growth for next 2-3 years.

Our long discussed stock, Poly Medicure, has got mentioned in the recent Vadra issue. Though it seems the company is not directly involved in the transactions but still it throws up some question marks and the premium valuations may get impacted.

Among new ideas, we are studying Accelya Kale Solutions and Kovai Medical Center and Hospital.

Annotated and Highlighted Annual Reports for 2012 and 2011.

We had earlier mentioned about Lumax Auto Technolgies in the developing ideas for 2013. We invite the views of our readers through comments.